The A grade and Palmanui finals were held yesterday at Manawatu Golf Club. Manawatu and Palmerston North were the finalists in both finals matches, so there was plenty of support from both clubs out watching, which was great to see.

The A Pennant competition is the premier mens division involving most of the districts best players. Manawatu has dominated the grade during the last 10 years, and seemed to be on track again after completing the round robin unbeaten and gaining home course advantage for the final.. Palmerston North however were always going to be up for the battle, and many predicted a close fought final. In the morning foursomes the teams could not be separated after a 2 all draw.

An interesting change was forced upon the Manawatu team after the morning foursomes. Craig Nash had to withdraw from the singles after a back injury flared up during morning play. The rules allow for Manawatu to substitute a player with another eligible player in this circumstance. The team reserve was  Ewan Westergaard, who had sat out the final partly due to not being available for the semi final match the week prior. Ewan was also suffering a back injury, but was able to battle through the pain to still play some great golf and win his singles match at number 8.

With 3 close games still live out on the course the match was still very much in the balance, however it was looking likely with fading light that Palmerston North would need to win two and a half of those matches, as it was very unlikely there would be any daylight left for a playoff, if it finished 6 all. Without time for a playoff Manawatu would be declared the winner, as they had won their round robin match between the two teams.

Manawatu's Matt Francis won the 17th hole to get back to all square with Mike McSherry, and the players both parred the 18th hole to finish all square. That left two matches out on the course, with Palmerston North needing to win both. Both those matches were close throughout however Manawatu number 2, Guy Perry, finished strongly against Toro player Regan Cording to win his match 3/2 to secure the team win for Manawatu. Palmerston North's Junior Tatana went on to beat Regan McConaghty 2/1, in the battle of the number 1's. The end result was 6.5 - 5.5 in favour of the home side Manawatu.

Palmerston North had dominated the Palmanui round robin competition this year, so to many it seemed a little unfair for them to end up having to play Manawatu at Manawatu. The rules state that the final would be played at the same venue as the A grade final, which is a rule the Men's Committee felt they had to still go with this year despite the matchup that had eventuated.

After the morning foursomes Manawatu led Palmerston North in the Palmanui by 2 games to 1. Afternoon singles wins to Kirk Brough, Ethan Dodds, Sam Smith and a half by Bert Chang, was enough for Manawatu to win the match 5.5 to 3.5, and win this years Palmanui competition. The singles winners for Palmerston North went to Mark Donnelly and David Rapson, with Mike Fagan squaring his match.

The Manawatu Wanganui Mens committee may have a few tough decisions to make regarding the Palmanui competition for next season, as the competition was reduced to just 4 teams this year, with one of those teams forced to default twice due to player availability. A decision regarding the competitions future will likely be made at the Club Captains meeting September, after the committee puts forward their recommendation.

Next years A Pennant competition will see a new comer in Hawkestone Golf Club, become part of the 8 clubs, after they won the B Grade competition. Wanganui club, Tawhero, drop out, after one year back in the top grade.

A big thanks to all players that competed in all the pennant grades in 2017.

Below: Manawatu A Pennant finals team 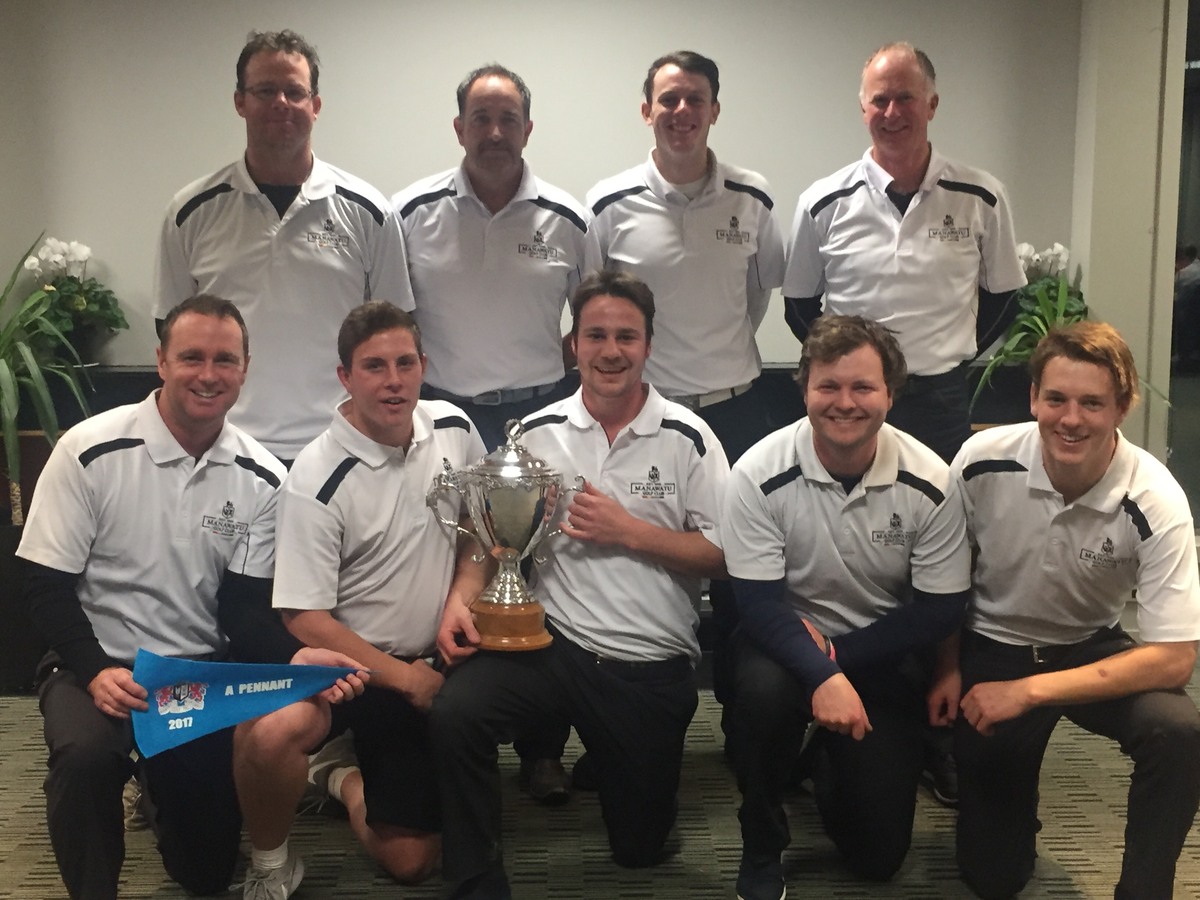 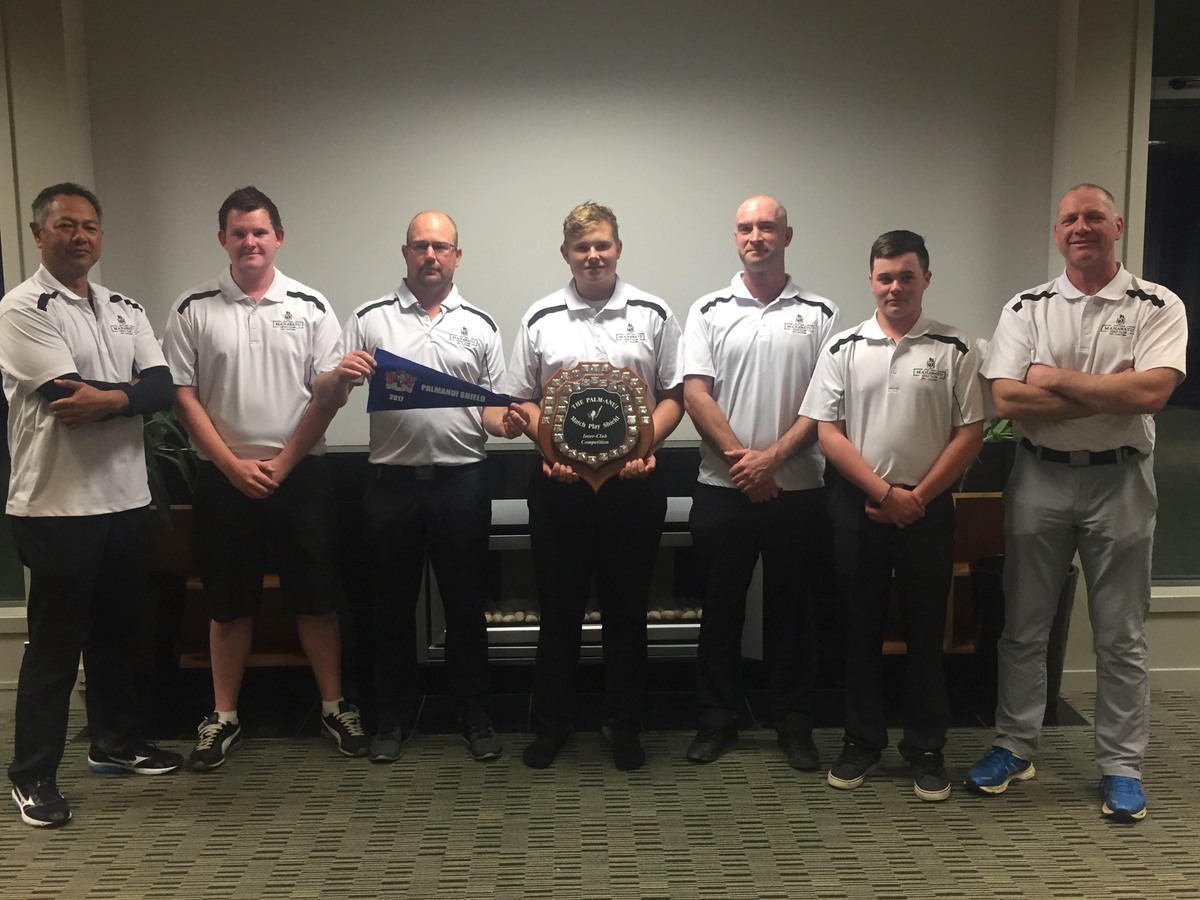