The Men's Champion of Champions and Chamberlain Shield was held on Sunday at Foxton Golf Club. This event brings together the club champions of all the different clubs to find a district champion in each grade and as a club team.

The Men's Senior Champion on the day was Palmerston North's Rhys Harold with a 2 round total of 144 (75, 69), one shot ahead of Manawatu's Greg Shaw on 145 (74, 71). Manawatu Interprovincial team number one, Junior Tatana, playing on his home course, looked the most likely after his morning round 70, but a couple of balls over the fence in round 2, resulted in an 80, and well out of contention for the title. The Senior Net winner was Linton Camp player, Sean Griggs with an excellent 2 round total of 137, one shot ahead of Taihape's Matt Thomas.

The Intermediate Champion went to Foxton's Khalil Peta with a two round total of 160 (80, 80), one shot ahead of Taihape player David Pollard (80, 81). The net winner with 135 was Levin youngster Cameron Giddens. Cameron's 2nd round 77 gave him a fantastic net score of 63 - the best of the day.

The Junior Champion was another Foxton player Paul Hanson on 175 (87, 88), three shots ahead of Feildings Allan Lun (89, 89). Paul Hansen also had the best net on 139, and in second and the recipient of the best net voucher was Linton Camp player, Ian Gardner, on 147.

The teams competition, the Chamberlain Shield, unsurprisingly, given the individual results was won by the home team Foxton, on a team total (gross aggregate) of 485, nine shots ahead of Taihape on 494. We understand this is the first time Foxton have won this event in the 50 years it has been played - a great result.

A big thanks to all the players that competed in this years event. 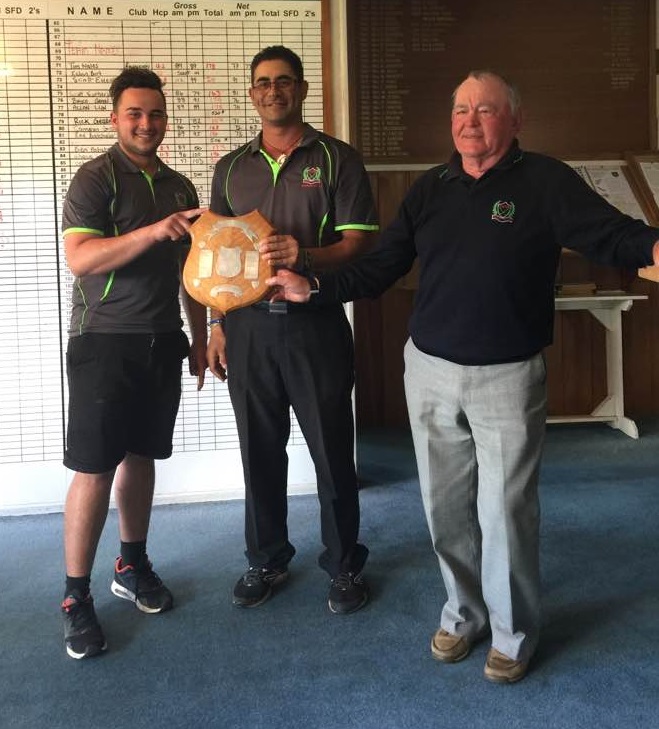