Below is an article published recently in The Guardian - a top UK newspaper, about the world wide issue of the decline of golf clubs and club membership. I thought this is interesting to share.

Experts suggest that the sport, which has lost about 10 million golfers worldwide since 2008, let go of dress codes and social media bans to ensure clubs’ futures 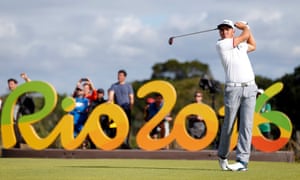 Golf clubs across the world have been warned that the sport could fall into crisis unless they lighten up a little, relax strict dress codes and withdraw bans on tweeting, snap-chatting and booze on the fairway.

The game, first played in 15th-century Scotland, isn’t known for keeping pace with changes in wider society (Scotland’s famous Royal and Ancient Golf Club of St Andrews only admitted its first female members last year; Augusta, home to the Masters tournament, opened to women members in 2012), but experts say it has to act now to embrace millennials.

Consultants hired by the sport’s various governing bodies say golf clubs’ stuffy attitudes as well as the high cost of game – on wallets and time – have contributed to a roughly 10 million reduction in the number of players globally since before the financial crisis.

Steve Mona, chief executive of the World Golf Foundation, said clubs have to urgently adapt to the demands of younger people to ensure the sport has a future, as decisions by the world’s two biggest sports brands – Nike and Adidas – to pull out of golf equipment raised fears about the sport’s long-term future.

“The headlines ‘golf in crisis’ are overblown. We have a healthy number of core golfers,” Mona said. “But we do need to attract new and younger players. Each year about 500,000 leave the game because of death or the physical inability to play, and so every year we have to replace them.”

Mona said the WGF, which partners with golf national associations across the world, has been working hard to make golf more appealing to younger people and minorities, but real change must come from the clubhouse.

He said clubs should ask themselves if their rules need to be as strict as they often are. “Can you go out on the golf course with your shirt untucked? Can you wear your cap backwards? Can you play music in your cart? Can you bring your mobile devices out there? Can you drink beer while you’re going round?

“Millennials are used to being able to do all those things in their recreation. We need to make it the same for golf.”

Mona, 59, concedes that traditionalists may prickle at the thought of selfies and beers on the green. “But clubs have to have something to please young people,” he said. “It’s a tricky problem. Someone like me wouldn’t think of engaging in social media on the course, I’d only be thinking of the next shot. But young people want to be on Facebook and Instagram between shots.”

He warned clubs that refuse to relax their rules and put all their chips in with baby boomers: “I’m telling you in eight to 10 years when they start ageing out, you’re going to be in trouble,” he said as players on a golf board, a cross between an electric golf cart and surfboard, whizzed past behind him.

“What does it really matter if you’re in your regular foursome, and the group in front of you has golf boards and are playing music?”

If clubs listen to Mona, it may help reduce the average age of golfers and increase numbers playing. The average age of players in the US is 44, rising to 48 for core golfers who play regularly.

Golf has dramatically declined in popularity since the financial crisis with the number of players in the US – the world’s biggest golf market – falling from 30 million in 2008 to 25 million today, according to research firm Golf Datatech. The global golf equipment industry is still worth $8.6bn.

The number of players is now holding steady in the US, but declined by 2.2% in England and 0.8% in Scotland last year according to KPMG. The number playing in England has reduced by a quarter since 2007, and in Japan numbers are down by 40% since a peak in the 1990s. At the same time the game has experienced sustained growth in South America, China and most significantly Vietnam – which is undergoing a golf course building boom to more than double the number of courses to 96 within five years.

The experts hope that golf’s inclusion in the Rio 2016 Olympics – for the first time since St Louis 1904 – will spark a renewed interest in the game. But say the challenge is to convert that interest into participation, and note that the enthusiasm for the game generated by Tiger Woods tended to stay rooted to the sofa.

“Tiger Woods didn’t influence people to take up golf, it got more people to watch it on television, but they didn’t go out and play,” Tom Stine, co-founder of Golf Datatech, said. “He drew kids’ attention to the game because they wanted to be like Tiger, just like they do watching LeBron James or Lionel Messi.” While you can play basketball and soccer in the playground, you can only play at being Tiger with a lot of imagination.

Both Stine and Mona believe the US game is only part way through a major reduction of the number of courses to reflect the number of regular players rather than real estate developers’ imaginations.

Mona, who plays off a handicap of nine, reckons there is going to be a continued contraction over the next three to five years with hundreds of courses closing a year. “At the high watermark in 2005 there were about 1,600 courses, today there are about 15,200, and I expect it to fall by another 1,000.

“There’s way too many of them,” he said. “In the boom years real estate entrepreneurs thought they’d build courses and people would flock to them. But when the market tanked, so did golf courses.”

“It was crazy,” Stine, 66, agreed. “During the real estate boom people were building courses everywhere. They didn’t build golf courses because the town needed a golf course, they were building houses around them because they could get more money for the homes. There were courses literally across the street from each other.

“But then the real estate bubble burst, lots of people lost their jobs, lost their houses and the club didn’t have enough members left.”