Players had to endure very testing conditions, as both rain and wind played a factor throughout the day. This meant the Manawatu layout was playing close to its maximum difficulty level. Play on a couple of occasions was close to being suspended due to water starting to sit on greens, however officials were able to keep play continuing by sweeping the water off the worst of the greens.

The men's title ended up being a very close contest, however Regan McConaghty was able to hold off Taranaki's Joseph Doyle by a single stroke. McConaghty shot rounds of 73 & 76, and Doyle 75 & 75. In 3rd equal place was Manawatu's Stu Smith (77, 75), Rhys Watkins (74, 78) and former Canterbury rep, Andrew Searle (78, 74) who is now living in New Plymouth. Doyle and Searle were part of a 9 player contingent that came down to the event as a trial for the Taranaki rep team. Another shot further back was Marton's Lachie McDonald (75, 78) and Feilding's, Liam Finlayson (77, 76).

For McConaghty this is a huge result, after a relatively slow start to the representative season. No doubt this would now place him within the frame vying for selection in the Toro team. Selectors will have a difficult task this year selecting the final team with up to 9 players potentially in the frame for six spots in that team. Fittingly the conditions played in yesterday, are typical of conditions that teams have played in at times in Invercargill where both the SBS and Toro rep matches will be played this year. All players will be hoping that is not the case at either event this year.

Maraea Durie, claimed the womens title by a massive 19 strokes, with rounds of 74, 74, which is even par off the womens course. Durie has recently returned from 4 years in the US, where she played golf as part of the College scholarship programme. In the US she became use to generally fine and hot weather conditions, so the conditions at Manawatu yesterday were relatively foreign to her in recent years. However that did not stop her from playing some great golf, and proving to selectors that she has the goods to perform well at Toro level.

In second place was Palmerston North teenager Katherine Paskins with rounds of 84 & 83, followed by Manawatu's Emma Clayton (84, 86) whom has had a long lay off from competitive golf this year.

Congratulations to all players competing in the event, particularly to the majority that forged on to complete both rounds, in the testing conditions.

Pictured below: Regan McConaghty and Maraea Durie with their trophies. 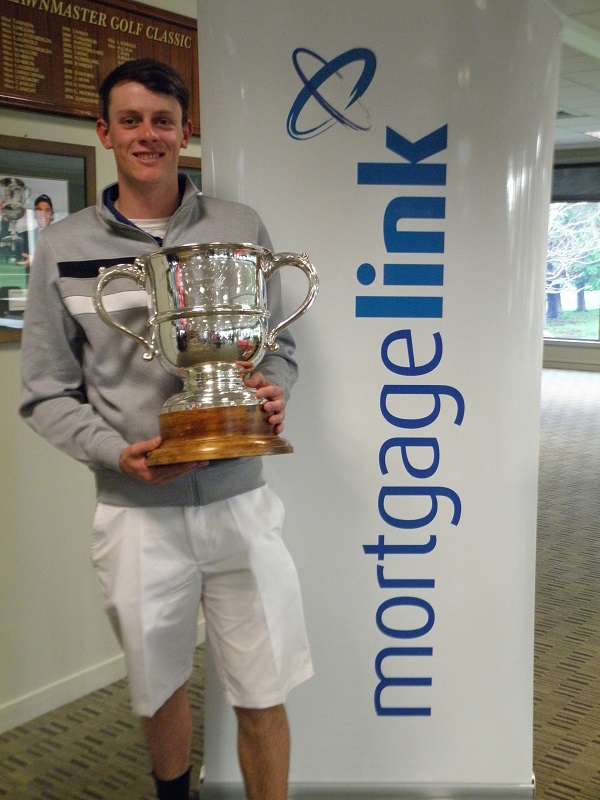 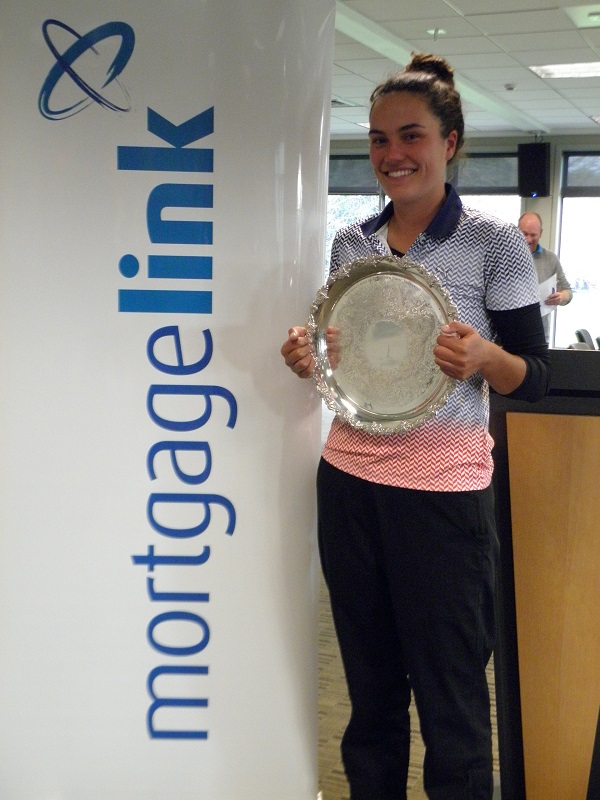